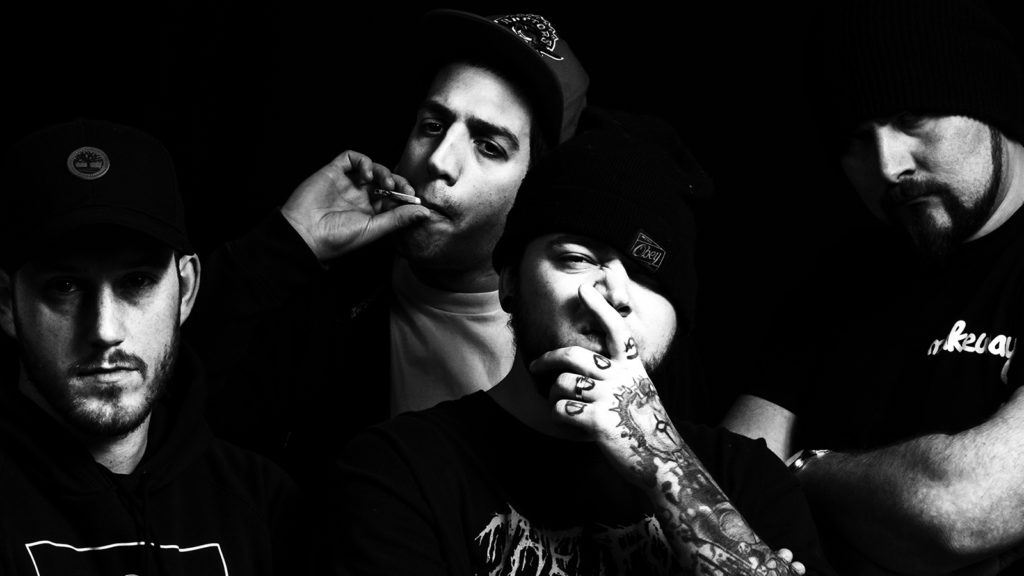 Red Rum Records has been around for over 9 years, making albums and producing singles with a variety of local artists from Montreal and the south shore. It was always a collective of hip hop enthusiasts working together to make music.

6 years ago the record label Red Rum Records closed, along with their studio.   Although a lot of the artists had moved on, several of them still wanted to continue making music together.

Red Rum Records is now a rap crew, going by the the name of Triple R and includes several of the original members of the old label.  The group is composed of Phil Bousk, Bertrand the Visionary, XL and Scott Murray (formerly known as Element).

The goal of Triple R has always been to have a raw rock inspired / underground hip-hop feel.  Red Rum Records is not just a group of MC’s, they’re real artists. And true to their art, lyrics and content are top priorities. They want to be original, and make real music.

Bertrand The Visionary was always a businessman, and had been a part of the original Red Rum Records management, helping with marketing and production. SquashComp has been releasing music for the Red Rum Records crew and their affiliates Double Dragon (XL and Scott Muray) and Well Connected (Phil Bousk and newcomer Je$$y B), booking shows, producing music videos and collaborating with artists such as Mad Child, Demrick, Alpha Omega, Doom Squad, and more. As his name implies, Visionary has a vision for Red Rum Records to do more.

Here is a taste of their music:

Their upcoming official debut album will be released shortly.  Spoiler alert: It has features from Swollen Members, MadChild, Demrick, Doom Squad and more!